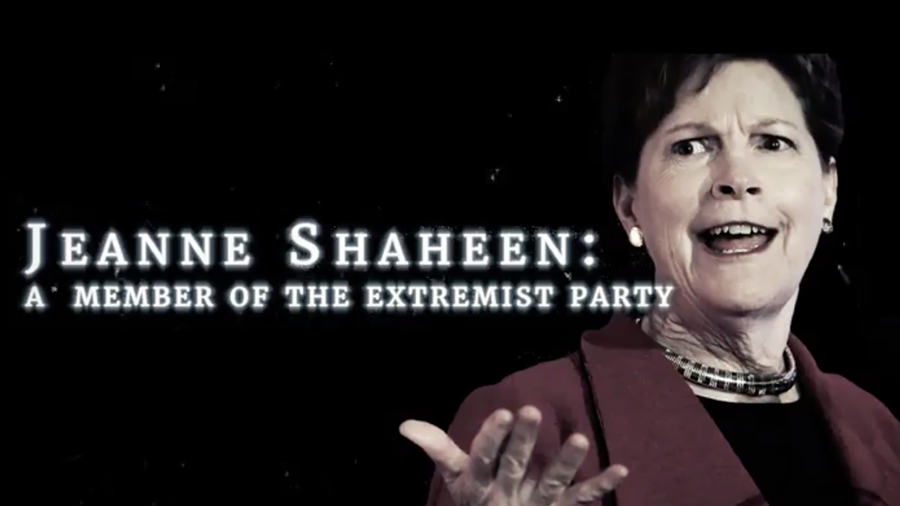 Shaheen has stood with the most radical members of her party in supporting Medicare for All, opposing tax cuts for Granite State families, while also refusing to take a position on the Green New Deal.

ON-SCREEN-TEXT: once a party of the people.

TV ANCHOR: All the Democrat candidates have embraced radical ideas.

ON-SCREEN-TEXT: now a party of extremists.

GILLIBRAND: I support Senator Sanders’ Medicare for All bill

TAPPER: So for people out there who like their insurance, they don’t get to keep it?

HARRIS: Let’s eliminate all of that. Let’s move on.

TV ANCHOR: Promises economic security for all those unwilling to work.

SANDERS: We will raise taxes. Yes, we will.

TV ANCHOR: Do you consider yourself a capitalist?

SANDERS: I think that is an interesting question. I am a socialist.

TV ANCHOR: Sanders declared victory, writing, “we now have the most progressive platform in the history of the Democratic Party.”

ON-SCREEN-TEXT: Jeanne Shaheen: A Member Of The Extremist Party

TV ANCHOR: The Democratic Party is in crisis.