Fetterman’s Been Off the Campaign Trail for 84 Days

Washington, D.C. – Another week has gone by without Pennsylvania’s biggest man-child. John Fetterman has been off the campaign trail for 84 days with no return in sight! The election is 3 months away and no one knows what he’s hiding.

Fetterman’s wife said he’d be back in July, but now it’s August 5 and still no John Fetterman.

Pennsylvanians deserve to have their voices heard and have the opportunity to ask John Fetterman why he wanted to ban fracking, why he supports Joe Biden’s failed economic policies, and why he wants to release criminals back onto the streets, especially during these trying times of a recession, skyrocketing inflation and rising crime rates. 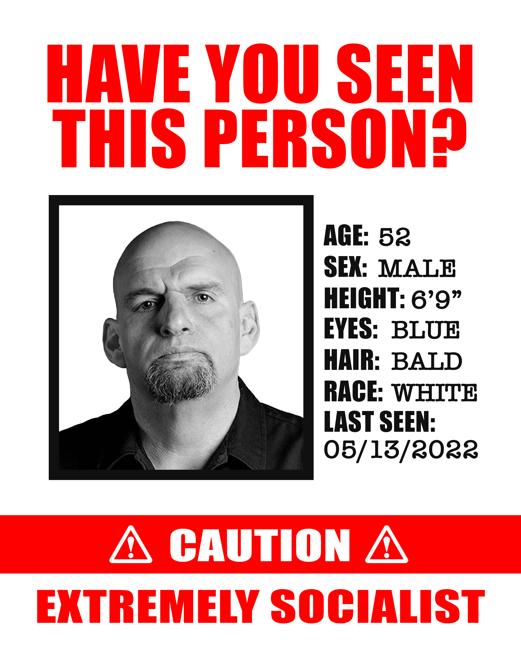 Help us take back the Senate

By providing your phone number, you are joining a recurring text messaging program for the NRSC