Washington, D.C. —The National Republican Senatorial Committee (NRSC) today released a new digital video ad in Michigan targeting Gary Peters for falling in line with the most radical and out-of-touch Democratic Party ever. 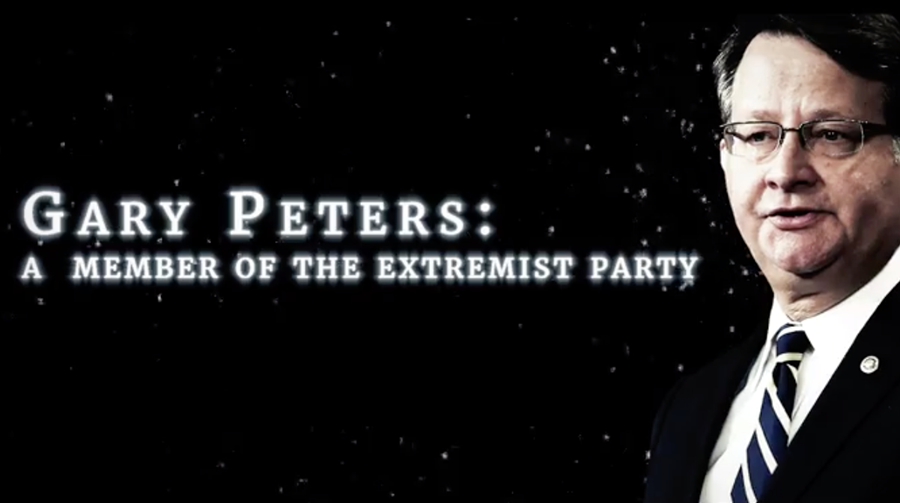 Peters won’t take a firm position on the Green New Deal, a policy that would threaten thousands of Michigan jobs.

“Peters’ attempt to hide from voters’ tough questions on Medicare for All, the Green New Deal, and the most radical elements of today’s Democratic Party won’t last,” said NRSC spokesperson Nathan Brand. “Michigan voters won’t tolerate Peters aligning himself with the radical Democrats and special interests in Washington.”

ON-SCREEN-TEXT: once a party of the people.

TV ANCHOR: All the Democrat candidates have embraced radical ideas.

ON-SCREEN-TEXT: now a party of extremists.

GILLIBRAND: I support Senator Sanders’ Medicare for All bill

TAPPER: So for people out there who like their insurance, they don’t get to keep it?

HARRIS: Let’s eliminate all of that. Let’s move on.

TV ANCHOR: Promises economic security for all those unwilling to work.

SANDERS: We will raise taxes. Yes, we will.

TV ANCHOR: Do you consider yourself a capitalist?

SANDERS: I think that is an interesting question. I am a socialist.

TV ANCHOR: Sanders declared victory, writing, “we now have the most progressive platform in the history of the Democratic Party.”

ON-SCREEN-TEXT: Gary Peters: A Member Of The Extremist Party

TV ANCHOR: The Democratic Party is in crisis.